Apartment For Sale in Cavite

12 Doors Apartment for Sale near Mall, Aguinaldo Highway and Hospital

Habay II, Bacoor
High value INVESTMENT PROPERTY ideal for bed space, apartment rental, lodging due to the number of SM workers na naghahanap ng bahay na malapit. Likod lang siya ng SM Bacoor.Details of the property:LOT AREA: 159 SQMFLOOR AREA: about 220SQM + roof-deckDescription: 4 UNIT Apartment (2 Bedroom, 2 toilets, kitchen for each unit) with covered roof deck + small vacant lot on the sideElectric: Each door have their own Meralco meterWater: Deep well with electric water pumpCurrent Status: All 4 doors are currently occupied but not maximized. Can easily triple/quadruple the monthly income if managed properly and turned into a bed space propertyUpdated Property Tax, Clean titleDetails, pictures and location are already in the post, very easy to visit and inspect the exterior of the property - just contact us if have already checked the property and are interested.We are the owner and would like to sell this ASAP to fund for another project. Agents welcome!
₱ 3,950,000
4
Bedrooms
220 m²
Floor area
View Info
Contact Agent

3 Door Apartment For Sale (156 sq.m.) Near Sangley Point Naval Base

House and Lot with 3 doors apartment For Sale

Amaya I, Tanza
House and Apartment For Sale Location: Amaya 1 Tanza Cavite Price: 3,000,000 million ( nego) Lot Area: 200 square meters House description: 3 bed room house 2 toilet and bath Plus 3 doors apartment at the back side of the house as it show in the pictures. ( 3 doors apartment with 2 bed room and 1 toilet and bath each door) For more info : Contact Gerry Algodon
₱ 3,000,000
9
Bedrooms
View Info
Contact Agent

Apartment-Style House And Lot For Sale

Javalera, General Trias
Golf Villas wit an apartment type of house .  This is a house and lot package even foreigners are allowed to buy coz the title is CTC. 9 Units are still available .  Near to all community places you need and there is a town center beside tho Golf Villas. It is located inside the 707 hectares Eagle Ridge Golf and Residential Estates . 2 Storey Apartment with 3 Bedrooms
₱ 4,800,000
3
Bedrooms
3
Baths
96 m²
Floor area
View Info
Contact Agent

Rosario
- house and lot for sale near cavite export processing zone (epza) - property is very near sm rosario, puregold rosario, robinsons place general trias - with 3 bedrooms that have been converted to a boarding house - still has a very big vacant lot which you can use to put up another building for rental purposes - price is 3.2 million pesos (still negotiable) - land area: 301 sqm
₱ 3,200,000
3
Bedrooms
100 m²
Floor area
View Info
Contact Agent

apartment and commercial for sale

House and Lot For sale with apartments

The Historical Capital of the Philippines 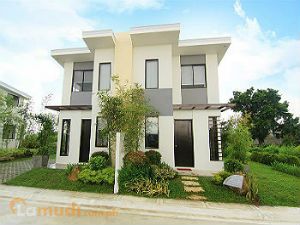 Already one of the most industrialized provinces in the Philippines, Cavite continues to experience a significant amount of growth partly because of its proximity to Metro Manila. Decades before its development as an economic center, the province served as a site for numerous historical events. The most known of these is the country’s declaration of independence from Spanish rule on June 12, 1898 in what is now the municipality of Kawit.

The city is a combination of its extensive history and the urban influences of the capital within a bucolic area. Cavite is an ideal place for living. The province’s economy is still predominantly reliant on agriculture, although it also has 12 economic zones that serve as the location of the offices and facilities of companies from various industries. These include textile, food processing, and pharmaceuticals.

In terms of retail centers, the province hosts a current total of 23 shopping malls. These include various SM and Robinson’s malls, all of which are distributed among its cities and municipalities, such as Tagaytay, Imus, Bacoor, and General Trias. In terms of health care, the province has 52 hospitals, 40 of which are private and 12 are government run.

Apartment for Sale in Cavite

Deciding to buy an apartment in Cavite is a great way to make the most out of living in the province if one was not financially ready to buy a house. Because of the well-developed residential areas in the province, the number of available real estate is continuously growing.

Notable flats available on the market include a duplex at Cerise Duplex Complete in Sta. Rosa Hills in Silang. Currently priced at only PHP 1.3 million, each unit features two bedrooms, one toilet and bath, and carports. Another is a row house in Holiday Village in Imus. The structure is completely brand new and is currently on the market for only PHP 3.5 million. Comprised of three apartment units, each features three bedrooms and two bathrooms, as well as their own respective garages.

Apartments are more affordable and easier to maintain than a traditional house. They provide the same amount of living space, but come with amenities that are comparable to high-rise condominiums. They are also usually located close to lifestyle and leisure centers.

Find Other Properties in Cavite