Apartment for Rent in Cebu City

Capitol Site, Cebu
Pearl Homes (Rooms, Apartment, Penthouse For Rent) A wide variety of rooms and apartments to choose from. Ideal for families and working professionals. ROOMS AVAILABLE RANGING FROM 2,500-15,000. We have all types of rooms, from cheap and affordable rooms to high end types of rooms. - each rooms are customized; none of it will be of the same floor area, shape, bed, tiles, curtains and etc - with 24 hr security - safe - no curfew - all units have own c.r unless specified - clean and affordable - rooms are fully furnished - tenants are professional locals and/or foreigners (engr, md, rn, cpa, etc) - each room has its own entrance - accessible to public transport - with motor and car park - with internet access Walking distance to Chong Hua Hospital, Chong Hua Medical Arts, Vicente Sotto Memorial Hospital, and Fuente Osmena. 1 minute walk to City Soho Mall (with Gaisano grocery inside, 360 pharmacy, food stores, salons and etc.) LOCATION: Back of Chong Hua Hospital, Pearl Homes, Mirasol St. Capitol Site, Cebu City
₱ 4,000
10
Bedrooms
View Info
Contact Agent

Room with own A/C & Toilet and Bath

Banawa, Cebu
Rooms located within Cebu City with 24 hours CCTV, fire extinguisher, aircon, drying area for clothes, free water and individual electricity meter. The rooms are provided with a bed and cabinets. Room price vary depending upon the room type whether it has own bathroom or not. Price ranges from 4,500 to 10,000 depending upon room type.
₱ 4,500
1
Bedroom
1
Bath
View Info
Contact Agent

Bedspace near near Taboan Public Market Cebu for Rent

studio type for rent in guadalupe

Room for Rent Near JY Square / IT Park

Labangon, Cebu
Its a newest Executive Residential Unit is now affordable at the Rivaridge address emerges as a modern setting right the heart of the Queen City of the South . Be as with nature , and at peace ambiance . A place that makes life extraordinary with much more opportunity and excitement to live. Ground Floor (2) units for Family Size 2 exec . 2 bedrooms , 2 T&B , with kitchen (Price Ranges ) P 18,000 each if fully furnished P 15,000 each if semi furnished with sub meter for electricity and water Second Floor (5) Units for Studio Size with Toilet and Bath (3) Big rooms at P 10,000 fully furnished (2) Small Rooms at P 6,500 semi furnished Third Floor 2 Units for Penthouse (1) Executive Room , 2 T&B Kitchen , Dining Living and Car Park Price Range P 25,000 Fully Furnished
Contact agent for price
2
Bedrooms
1
Bath
View Info
Contact Agent

Rooms for Rent as low as 8,000/month near SWU-PHINMA and Sacred Heart Hospital

Capitol Site, Cebu
Location location location!  Live right at the heart of Cebu City. We are just around Fuente Osmena Circle. Walking distance to everything. Public rides are just around the corner. One ride to everywhere. Lots of street parking. This property is brand new. Located in a very safe residential area. Back room in a house. Lots of privacy. You have your very own private entrance. You will be the first occupant. You will be using Custom-made beds US Style. Brand new mattresses, deluxe pillows, blankets and lots of throw pillows for your use. Rain shower head. Shower, toilet and sink are kept for your convenience. Individual bedside reading lamps. Individual lockable closets and drawers. Brick walkway. Lots of French windows for natural light and air circulation. 5K per person per month. One month advance one month deposit. Free electricity and water.  Prefer long term but transients are okay too. FEMALE only. Working women, Reviewees and international students are also welcome to apply. Look for Maria. It's time to get social, co-live and make friends!
₱ 5,000
1
Bedroom
1
Bath
25 m²
Floor area
View Info
Contact Agent

A Central City in the Visayas Region 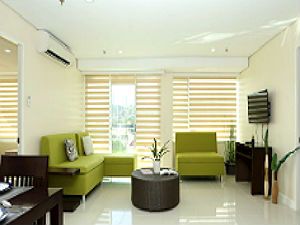 Cebu City, or just Cebu to many, is the fifth-largest city in the Philippines with a population of around 964,169 people, according to the latest Census figures. It is the capital of the Cebu province and the center of Metro Cebu, which is the second-largest metropolitan area in the country, behind only Metro Manila. The city is so large that it is independent of the province, and has its own administrative government.

The city is bordered by several others, such as Mandaue City and the city of Talisay. It is located at the center of the province, an island which in itself is already at the center of the Visayas region. This very central character is one of the reasons why an apartment for rent in Cebu City is such a coveted piece of real estate.

The city is home to many national landmarks and monuments that are accessible from virtually everywhere in the city, such as Magellan’s Cross, Fort San Pedro, and the Yap San Diego Ancestral House. There are also several well-loved museums, such as the Casa Gorordo Museum, the National Museum, and the Cathedral Museum. This only scratches the surface of what there is to see in the city.

Apartment for Rent: Cebu City Is the Queen of the South 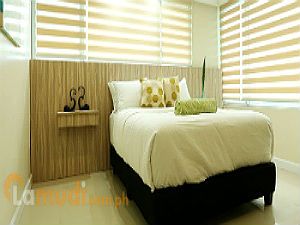 Outside of Metro Manila, Cebu City is one of the most highly-developed provincial cities in the country. Living in an apartment for rent in Cebu means you get the best of both provincial and city living. Modern conveniences are readily available in the city center, and it doesn’t take long to get to some of the most beautiful natural wonders in the world.

Internally, Cebu City is divided into two districts and 80 neighborhoods, locally referred to as barangays. The sheer number and diversity of neighborhoods here make finding apartments for rent in Cebu City very easy. You can find an apartment in barangays like Guadalupe, Quiot Pardo, Banilad, Punta Princesa, and Lahug. Each neighborhood has its own character and conveniences. There is something for everyone, regardless of lifestyle, needs, or budget.

The neighborhood of Lahug for example is a very upscale neighborhood. It is even known as the “Beverly Hills” of the city. Although it is a relatively affluent area, Lahug is still very affordable. It is also convenient. Like many neighborhoods in the city, it is filled with parks, schools, supermarkets, restaurants, and bars, making it the perfect place for young professionals and families alike.

Find Other Properties in Cebu