Lot For Sale in Metro Manila

Duyan-Duyan, Quezon City
Best Land Use:  any commercial development or any business that requires of open space Price:  Reduced price of 75,000/sqm For its exact location, please allow us to bring you to the site.  The owner requires us to  accompany our own buyers and register them. Direct Buyers only, please.  Agents/Brokers, please text or call. Lot property for sale in Duyan-Duyan, Quezon City, Metro Manila
₱ 52,500,000
700 m²
Land Size
09/08/2020
Available From
View Info
Contact Agent

Lot near Circuit Makati: 250m2, Ideal for Dorm or Staffhouse, 5-min to Circuit

Alabang, Muntinlupa
*For DIRECT CLIENTS only Code: DE881206  Category : Lot For Sale  Project : Alabang West Village   City : Daang Hari Road, Las Piñas City -Alabang West  Size : 359 sq.m   Price per sqm: Php 69,000.00 Selling Price : From Php 25,000,000.00  Down to Php 24,771,000.00 Unit Highlight:  The perfect prime lot at one of Alabang’s newer villages, Alabang West. A 359 sqm lot with more flexible payment terms than you would expect, making this an ideal investment for you! The classy enclave will be complemented by its very own chic and vibrant shopping district named after its famous counterpart in Beverly Hills. The Rodeo Drive will soon feature prominent local and global brands in fashion, high-end shopping boutiques, gourmet, and other specialty shops. Alabang West will be the glam go-to place.   You’ll almost feel like you’ve stepped into the movie set of “Pretty Woman” with the glamour of the West meets the rustic ambiance of the South. The 59-hectare development will bring the chic and glamour of Beverly Hills in Manila’s very own South. It is poised to be the newest “it” place that will feature modern and elegant building ideas inspired by the Beverly Hills architecture and will also exude the fresh and stylish vibe of the famous city coupled with high-end shopping boutiques and classiest amenities.  For Inquiries, please call:  JACKSON LIM JR.  Top Realty Corporation  Licensed Real Estate Broker  PRC#0005478
₱ 24,771,000
359 m²
Land Size
View Info
Contact Agent

Residential lot for sale in Taguig

Lot for Sale in McKinley West in Fort Bonifacio, Taguig

The Philippines’ Most Popular Region 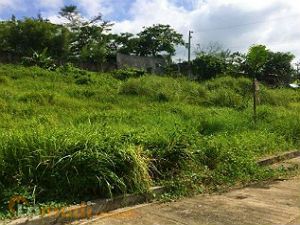 Metro Manila, otherwise known as the National Capital Region, is the most prominent place in the Philippines. An extensive amount of the country’s history has and continues to take place in this region, and as the center for culture, economy, education, and government of the country, it is inhabited and frequented by a large population.

With a total land area of 638.6 square kilometers, Metro Manila’s sixteen cities and one municipality are divided into four main districts:

With so many cities conveniently in one region, there’s a wealth of choice when it comes to deciding where to buy a prime lot for sale in Metro Manila.

The region is definitely a place with more than one personality. While a majority of its cities are highly urbanized, the capital remains rooted in history and maintains the tropical beauty the country is known for, as evidenced by places like Intramuros, the Quezon Memorial National Park, Ninoy Aquino Parks & Wildlife Center, and downtown Manila’s centuries-old churches, just to name a few.

Lot for Sale: Metro Manila and Its Land

The decision to purchase a lot for sale in Metro Manila can be quite an investment, as all types of real estate are high in demand within the region. Whether for residential, commercial, or industrial purposes, lots are a huge asset in the Metro because their value continuously increases alongside the developing region. With a population that is the highest in the Philippines, and among the top in Asia, a lot for sale in Metro Manila is definitely an investment that can amount to great dividends when intelligently utilized.

While the region’s high level of urbanization and dense population would lead one to believe that the availability of a vacant lot for sale in Metro Manila is low, there are still plenty of properties investors can choose from. Many are situated in residential areas, as a number of homeowners prefer to build their own houses. There are also many that are situated close to key commercial districts.

A lot for sale in Manila can be found in many areas of the capital, and it may be a little difficult to narrow them down with the number of cities in the region. The majority of undeveloped plots are found in Quezon City, owing to the city’s large size. There are also a number of both developed and undeveloped properties available in Parañaque, Marikina, Pasig, Las Piñas, Muntinlupa, and even Makati.

The Cost of Investing in Metro Manila Lot for Sale

Location is among the several factors that affect the prices of lots for sale in Metro Manila. Consequently, location is the feature you want to get right to ensure the best bang for your buck.

Metro cities with central business districts like Makati and Quezon City are home to some of the priciest lots for sale in Metro Manila. Nevertheless, the high price point reflects the high returns that such land properties can offer.

For instance, a 300-sqm residential lot in an exclusive village in Quezon City typically costs around Php 6 million. With its proximity to transport hubs, business centers, and shopping malls, its price can appreciate and thus reach a higher resale value later on. Meanwhile, in upscale subdivisions Makati, the price is set around P244,000 per sqm or Php 144 million for a 600-sqm residential lot.

For land properties on the more affordable side, consider those located in fringe areas like Caloocan and Las Piñas. In Caloocan, residential lots for sale have a starting price of Php 950,000, while in Las Piñas, subdivision lots may cost as low as Php 3.5 million.

As for commercial lots, expect higher prices, particularly from those located along major roads or near mixed-use developments in Pasay, Taguig, and Quezon City. For these high-yield property investments, the price is at Php 550,000 per sqm.

How to Get to Metro Manila

Typical transportation modes of passengers coming from CALABARZON include buses, taxis, and trains. Flying to Metro Manila is also an option if coming from provincial areas with airports like Cebu City, Davao, Iloilo, and Tacloban. Metro Manila’s airport, the Ninoy Aquino International Airport (NAIA), is also connected to international destinations like Hongkong, Singapore, Doha, and Bahrain, among others.

Find Other Properties in Metro Manila