House and lot For Rent in Quezon City, Metro Manila

Great Empire Realty
Great Empire Realty
Member Since 2014
Great Empire Realty is headed by our Lead Broker Francisco Bautista a Real Estate Licensed Broker. He’s been in the Real Estate industry since 2009. Our company, Great Empire Realty is proven with its solid integrity and trust in providing the best professional real estate services for clients who are searching for their best home which will suit their needs, budget and lifestyle. We offer our clients with unmatched honesty in our dealings as proven in our many years of record and service in real estate industry We would like to offer the modern townhouses and house and Lot for sale in Quezon City located at Cubao, New Manila, Scout Area, Sta. Mesa Heights, Project 8, Project 6, Mindanao Avenue area, Tandang Sora, Congressional, Capitol Hills, Don Antonio Heights, Vista Real, BF Homes, Capitol Homes, Filinvest 2, Batasan Hills, Fairview and Novaliches Area. We’re looking forward in assisting our valued clients, and we’re always happy to serve! God Bless Us All!

Neggie Rose
Neggie Rose
Member Since 2019
Great Empire Realty was established in July 2012 by Francisco C. Bautista. As a company engage in Real Estate activities, we started as a real estate brokerage. Our mission is to provide the utmost professional assistance to our clients in finding their dream home. We offer our experience and expertise in real estate to ensure our clients’ satisfaction with their investments. It is a great pride that our clients become our friend because of the smooth purchasing and ownership transfer transaction; bank loan assistance that prefers bank loan; and with our satisfying professional real estate services. Great Empire Realty is accredited to major developers in Quezon City and in other nearby cities. Over the years, the Great Empire Realty had been awarded by some major developers in Quezon City as top selling real estate brokerage with great customer satisfaction integrity. Our success has urged us to expand our market. Currently, the Great Empire Realty has a group of real estate sales persons and managers in Quezon City, Pasig City, and Rizal Province. In the year 2015, to demonstrate our increased dedication to the work that we offer, we decided to make a huge step in our business. As part of Great Empire Realty’s expansion, we decided to become a real estate developer.

Townhouse for Rent in Sanville near Visayas Ave Congressional

Novaliches, Quezon City
Property located near SM Fairview Good Neighborhood Pet Friendly Single-Attached Townhouse  120sqm  1 year contract 1 month advance 2 months deposit 12 post-dated check Monthly unit maintenance Experience an exceptional Subdivision lifestyle at the heart of Novaliches Sacred Heart Village is a Subdivision in Quezon, one of the top cities in Metro Manila. Sacred Heart Village provides its residents with a lifestyle of privilege that many people can only dream of. Sacred Heart Village is yet again breaking the boundaries of residential living by bringing comfort and affordability, ensuring residents live the life they deserve as they create more amazing memories with their families. These makes getting a unit at Sacred Heart Village worth every cent. Properties within Quezon area are quite strategically-located that's why owning a Subdivision is a worthwhile investment one can make.    Choosing the right location is one of the first and main factors in deciding when buying or renting a property. Sacred Heart Village is in a prime location in Novaliches, Metro Manila, within a convenient distance from establishments like schools, churches, malls, offices and restaurants, making a Sacred Heart Village purchase perfect for those starting a family, a student or a professional looking for a place near their work and school.
₱ 20,000
3
Bedrooms
120 m²
Floor area
100 m²
Land Size
View Info
Contact Agent

Patricia May Baliguat
MEMBER SINCE 2021
10

Apart from being the largest city in Metro Manila, Quezon City also once served as the former capital of the Philippines. A master-planned city named after the second Philippine president, Manuel L. Quezon, it was once envisioned to become an urban area of wide boulevards, greeneries, neoclassic government buildings, and plenty of residential developments.

Although the city no longer functions as the national capital, QC, as it is colloquially called, has retained many symbols of its former designation. These include the sprawling Quezon Memorial Park and Garden, the Batasang Pambansa (Philippine Legislature), National Artist-designed government hospitals and offices, and premier universities.

These landmarks, combined with many subdivisions and gated communities, make the city a popular residential choice. The city’s size ensures there will always be a good number and variety of properties for sale, as well as many options for a house and lot for rent in Quezon City.  From the quiet streets of New Manila to the suburban villages of Fairview and Novaliches, urban dwellers will never feel a lack of available options, especially when it comes to a house for rent in Quezon City.

A City of Great Development

The city’s livability is marked by its numerous commercial and lifestyle establishments, which can be found practically everywhere. Individuals looking for a house for rent in Quezon City are often likely to find properties located close to a shopping mall or a mixed-use township. Such developments include Eastwood City in Libis and the Araneta Center in Cubao. Properties in Diliman are close to major shopping centers like TriNoma and SM North EDSA. Other notable areas are the following:

Primarily residential, Tandang Sora is the location of a number of subdivisions, having some of the more diverse residential options in the city. Subdivisions in QC include Town & Country Gardenville, San Pedro Subdivisions, Villa Concepcion, National Irrigation Administration or NIA Village, and National Power Corporation or NPC Village, just to name a few.

“Katips” is particularly popular as the center for several higher educational facilities, including the Ateneo de Manila University, Miriam College, and the University of the Philippines Diliman. Families of students shunning dorms, condos, and other student accommodations can opt for a Quezon City house for rent in nearby subdivisions like White Plains or Loyola Grand Villas.

A very convenient residential and commercial location, Aurora Boulevard runs through Cubao’s Araneta Center, which is one of QC’s major thoroughfares. Notable landmarks seen along the four-lane national highway include Robinsons Magnolia, Gateway Mall, and the Smart Araneta Coliseum, as well as a lot of educational institutions.

The former South Avenue is another national highway that runs through the Diliman area, and similarly has a junction that crosses EDSA, making it one of the most convenient locations in the city. Studio 7, a mixed-used development of Filinvest Land, is a recent project in the area slated to further its livability with towers for business and residential investment.

A popular restaurant row, Tomas Morato is the location of a number of well-known bars, discos, and karaoke and comedy clubs. It is subsequently the hangout location of choice for many celebrities working in the nearby TV stations. Modern residential developments in the area include The Amaryllis by DMCI, a 22-story residential tower that is gated and secured, featuring a host of amenities.

House for Rent: Quezon City Is Your Dream Location 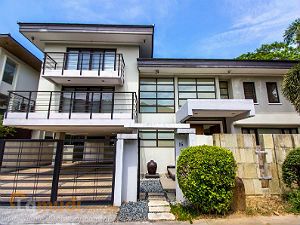 Whether you are a working professional establishing a career in Metro Manila, a student attending one of the country’s top schools, or a family looking to settle down, there’s a house and lot for rent in Quezon City for you. Its 166.2 square kilometers land area means there are plenty of options for a house for rent in Quezon City to suit those with varying budgets.

There are numerous options for interested renters as the current rates in the market start at as low as PHP 10,000 per month. This adequately covers a house for rent in Quezon City with as many as three bedrooms and two bathrooms, as well as a kitchen and a living room.

For homes that are pricier but more centrally located, there are houses with multiple rooms in Eastwood City running for PHP 130,000 per month or townhouses in Loyola Heights available for PHP 25,000–80,000 per month. Other popular gated communities and subdivisions include Capitol Hills Subdivision, Ayala Heights, U.P. Teachers Village, and Sta. Mesa Heights, among others.

Rental rates in these areas vary depending on the type and features of the home, the total land area, and its place in the overall scheme of the city. Usually, a house for rent in Quezon City is situated in areas that are serene, yet within a reasonable distance of important roads, schools, healthcare facilities, and key commercial areas.

How to Get to Quezon City

The various transportation modes available to get into Quezon City further strengthen its image as a convenient home location. Perhaps the most popular (and affordable) way to go to Quezon City is via LRT Line 1 if coming from Paranaque, Pasay, Manila, or Caloocan. Alight at either Balintawak or Roosevelt station to reach Quezon City’s shopping centers SM City North EDSA and TriNoma.

Meanwhile, riding a train along the LRT Line 2 can take you to the other side of Quezon City, including New Manila, Cubao, and Katipunan Avenue. MRT Line 3, on the other hand, is the mode of transport of many residents from Mandaluyong and Makati. Along this line, you can alight at North Avenue, Quezon Avenue, or Kamuning to reach Quezon City.

If driving from Manila during off-peak hours, it’s possible to reach Quezon City via R-8 or R-7 and Mindanao Avenue in less than an hour.

Are there any houses and lots for rent in Quezon City with parking space?

Yes, there are over 30 houses and lots for rent in Quezon City with parking space. Unlike condominium rentals, the rental fee for a house already includes parking space, so you won’t have to pay extra for it.

Are there any cheap houses and lots for rent in Quezon City below 30k?

Yes, you can find houses and lots for rent in Quezon City below 30k. These houses are typically located in mostly residential areas like Diliman, Fairview, and Commonwealth.

Find Other Properties in Quezon City