House and lot For Rent in Davao, Davao del Sur

For Rent House and Lot

2 Storey House For Rent near Airport

Buhangin, Davao
This house and lot for RENT was builed 8 years ago and newly repainted. The subdivision is very near to Davao International Airport and just infront of SM Lanang Premier. It is also near to hoapitals, schools, malls and market. The living area is huge which is about to 35 sqm and family area is estimated to 20 sqm. It has 2 BEDROOMS in the first floor, the GUEST ROOM with Toilet and Bath and MAIDS ROOM wirh Toilet and bath beside it. The kitchen and dining area is also spacious. The basement has an entertainment area and mini gym. Family area is located on the second floor and  there are 4 BEDROOMS wherein the masters bedroom is located, 2 small bedroom and 1 big bedroom. This property is furnished with 4 aircons, 6 seaters dining table, sala set, 4 built in beds, 2 single beds in the guest room, built in cabinets, 6 seaters narra wood in the family area and water pump.. Trems: Minimum of 1 year 2  months bond deposit 1 month downpayment  For more details and house viewing kindly contact me.
₱ 75,000
6
Bedrooms
303 m²
Floor area
200 m²
Land Size
View Info
Contact Agent

House for Rent with Garage In Davao City

Talomo, Davao
An Italian-themed community, Toscana is Communities Philippines' (formerly Crown Communities) second development project in Davao City after Solariega's Toscana is located along Libby Road Puan just 15 minutes away from SM. It is a gated community with 24 hours security complete with all the amenities. Well maintained 2 storey house with 3 bedrooms and 2 toilet & bath with all the furnishings open for rent. I am flexible for long term and short term lease. House will be available for rent from 12 June 2020Rate: PHP 18,000 monthly for long term 2 months advance and 1 month security deposit, exclusive of utilities ( light & water to the account of the lessee
₱ 18,000
3
Bedrooms
90 m²
Floor area
121 m²
Land Size
View Info
Contact Agent

2 Storey Brandnew House with 3 Bedrooms, 2 Toilet and Bath and Balcony for rent

Ma-A, Davao
This is a 3 storey concrete building house that has 5 rooms .  It has spacious living and dinning area on the ground floor.  It also has a guest room here in first floor.  The second floor has master's bed room with walk in closet and a terrace.  It has also a big restroom with bath tub.  Outside this master's bed room we have 2 small rooms with are adjacent to each other and with one common CR. The 3rd floor is a big spacious room with it's own CR. This village is well organized and has plenty foreigners as we have strict policies with security and waste management here.  Hence, we are safe here 24/7 and has clean community living.
₱ 50,000
5
Bedrooms
300 m²
Floor area
180 m²
Land Size
View Info
Contact Agent

The Economic Center of Southern Mindanao 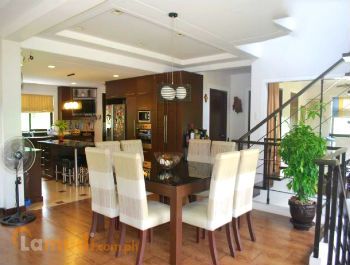 Why choose a house for rent in Davao City?

Like Makati in Luzon and Cebu City in the Visayas, Davao City serves as the center of business, commercial, and financial activity in Mindanao. As one of the largest cities in the world in terms of land area, it continues to be one of the most significant economic locations in the Philippines.

The city may be highly urbanized, but it is also deeply rooted in history, tradition, and cultural diversity. It is home to at least 11 major indigenous tribes, and its tourism industry attracts a growing number of both locals and foreigners every year.

Recent years have also seen the city rise in prominence due to the leadership it experienced from newly-elected Philippine President Rodrigo Duterte, who served as the mayor of Davao City for several years. Davao City is now serving as something of a blueprint for the country in terms of economic growth, increased safety, and lowering the incidence of crimes committed.

Simply visiting isn’t enough, the best way to experience the best that Davao City has to offer is to live here. The most popular way to settle down here is by buying a property that will serve as a permanent residence. But if you’re only staying temporarily, or if you can’t afford the costs of buying a new home, then you can consider a house and lot for rent in Davao instead.

A City of Nature and Commerce

The industries in Davao City are wide-ranging as its land area is vast. Agriculture, fishery, and livestock continue to be the city’s main sources of income, although continued urbanization has also allowed for infrastructure and commerce to emerge as major economic contributors. A key inclusion in the East ASEAN Growth Area, investments from both local and international firms continue to enter the city.

With numerous heritage sites, tourism is also a prominent industry in the city. It is the location of Mount Apo, the highest mountain in the country, and many climbers consider it a huge accomplishment to reach its summit at 2,956 meters above sea level. The Japanese Tunnel, used during World War II by the Japanese forces, is another popular tourist destination.

The enormity of the city’s land area has allowed for both nature and urbanization to take place side by side. While it prioritizes activities, such as the creation of roads, the expansion of seaport facilities, and the development of wastewater treatment facilities, the city also puts importance on natural preservation. In fact, the city is home to the Philippines’ national bird, the Philippine eagle, and the national flower, the waling-waling orchid.

Most outsiders who flock to the city in search of a house and lot for rent in Davao do so because they’re escaping the chaos and crowding of the major city centers. The blending of nature and urban life found in Davao has made it a popular place for people who are seeking idyllic green spaces and are tired of the congestion of the city, particularly Metro Manila.

House for Rent: Davao City and Its Options

Often touted as one of the safest cities in the Philippines, and even in the world, Davao City continues to become an increasingly popular place to live in for many. The sense of security combined with urbanization rivals Metro Manila and Metro Cebu, but with greater availability of land and natural surroundings. This has made the city become more than an alternative among the country’s major metropolises.

Many properties in the city are situated in lots of their own, making it easy for new movers to find a suitable house for sale. However, those newly arrived in the city need not immediately purchase despite the great availability, as there are also many options for a house and lot for rent in Davao. 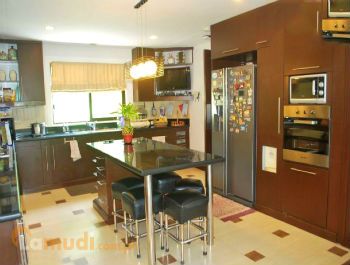 These similarly include single- and multiple-storey homes, townhouses, and homes with multiple garages. In terms of feeling a sense of community and security, and subdivisions are also numerous in the city, yet are not as pricey as most would expect of closed or gated communities. Notable places where one can find a house for rent in Davao City include Bambu Estate, Countryside Village, Robinsons Highland, Talomo Teacher’s Village, and Nova Tierra. These are just a handful of the total number of properties that can be found.

For around PHP 30,000 per month, one can live in a two-storey home complete with four bedrooms, two bathrooms, air conditioning, and 24-hour security. For those living alone, rentals need not be limited to studio condominium units, as a rental fee of as little as PHP 6,000 per month is adequate enough for residence in a one-bedroom, one bathroom house that is not only fully furnished, but also conveniently located near the Davao International Airport and key commercial centers in the city.

For families looking for a significantly spacious Davao City house for rent, PHP 50,000 a month can already provide a home that features as much a six bedrooms, three bathrooms, and a massive total floor area of 300 square meters. Apart from space, such a residence also includes amenities like swimming pools and access to basketball and tennis courts. You also get the advantage of being situated in one of the county’s most prominent communities.

Is there a cheap house and lot for rent in Davao below 20k a month?

Yes, you can find over 18 cheap houses and lots for rent in Davao below 20k a month. This is a great price range for the convenience and amenities you get for living in this area.

Is there a house and lot for rent in Davao with air conditioning?

Yes, there are around 44 houses and lots for rent in Davao with air conditioning. Just like anywhere else in the Philippines, Davao can get incredibly hot during the summer months, so air conditioning may be necessary if you can’t stand the heat.

Is there a 3-bedroom house and lot for rent in Davao?

Yes, you can find about 38 3-bedroom houses and lots for rent in Davao. You’ll have plenty of room to move around freely in these spacious houses.

Find Other Properties in Davao